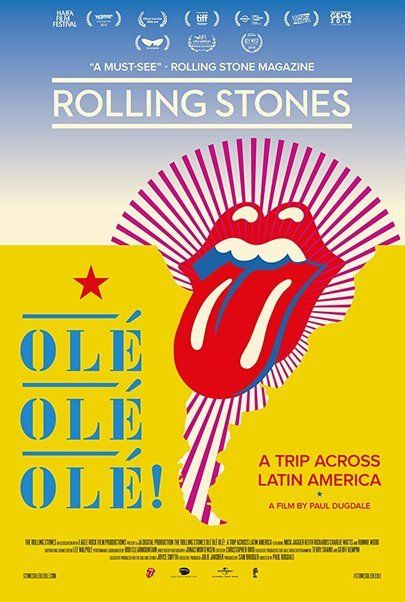 A road movie that celebrates the revolutionary power of Rock n Roll - exhilarating and exploratory the film chronicles the tour, local culture and unique bond that exists between the Latin American people and The Rolling Stones.

The film combines electrifying live performance footage with intimate insight into the world of The Rolling Stones.

A portrait of a band still at the very top of their game, a gang that have seen it all but remain as hungry as ever to break new ground.

Multiple Grammy nominated Paul Dugdale is a 36 year old filmmaker based in London. He studied at Central Saint Martins School of Art. His passion for music and film has led him to direct documentaries and concert films for some of the world's biggest artists including; Adele, Coldplay, and The Rolling Stones.